Our Artists for the 2021 Festival

Luca Manning with Fergus McCreadie (Paisley Abbey Thurs 20th Sept)
Luca Manning is an individual - an exciting artist with a big voice and a story to tell.  Stylistically androgynous in both their music and presentation, Luca continually blurs lines and questions rigidity at every opportunity. Luca’s journey so far has included collaborating with Glasgow nujazz collective corto.alto, performing at the EFG London Jazz Festival Opening Gala ‘Jazz Voice’ and collaborating with dancer, choreographer and all round icon Steph Burrell.
“Rising Star” Award Winner at the Scottish Jazz Awards 2018
"Jazz Newcomer of the year" Winner Parliamentary Jazz Awards 2020​ 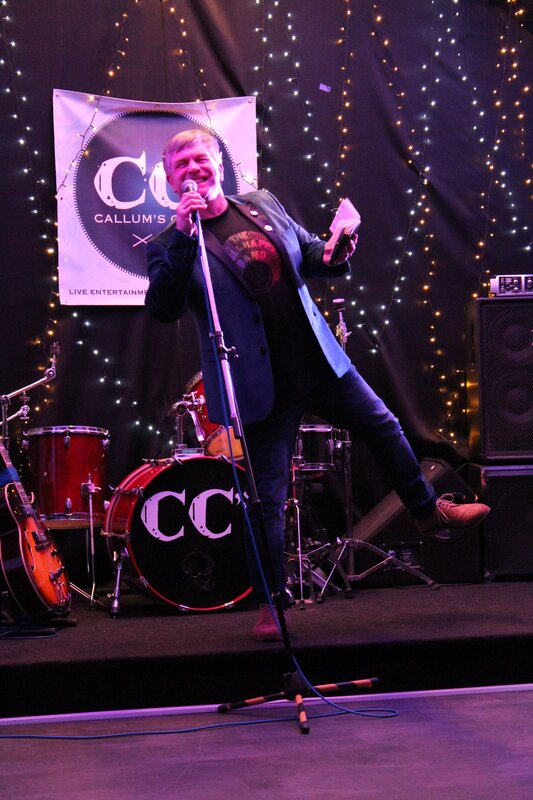 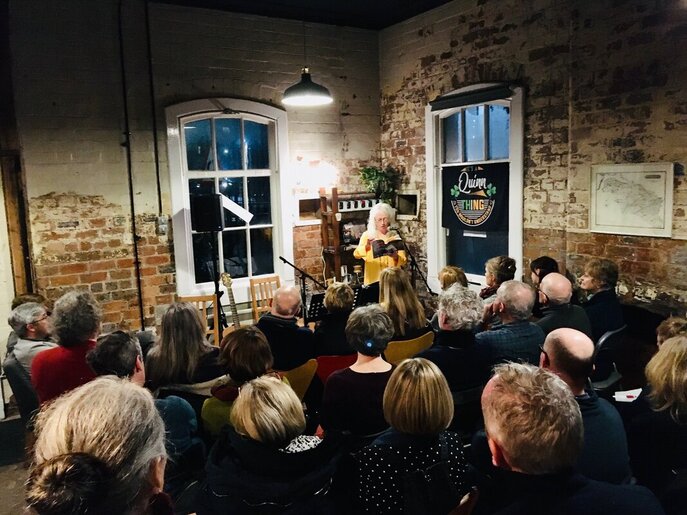 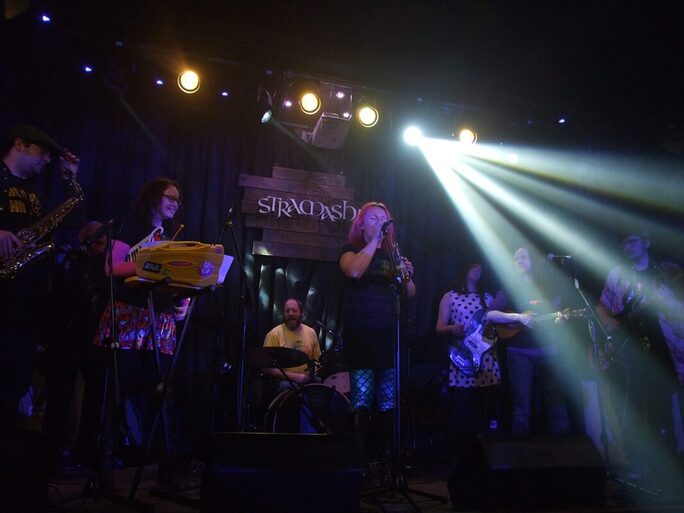 The Well Happy band started in 2015 when 2 people with their electro acoustic Ukulele’s chanced their arm and got a last minute gig at The Eden Festival. The Well Happy Band has grown somewhat and played many feel good gigs since then, including The Wickerman Festival, Solfest, The Kelburn Garden Party, Mugstock and the 100 Bands on the Borders Festival.
Now a 13 strong piece band of merry folk, The Well Happy Band are bringing original and fresh sound to every gig they play. The band consists of an array of musical instruments, making each song they play sound fantastic! This includes a brass section, percussion section and keyboards.
With lots of fun, laughs and audience participation, The Well Happy Band guarantee to get the crowd going with inspiring and up-beat songs about happiness, love, life, laughter and gratitude. And best of all, you’re left with a big smile on your face!

Stephen, as the Urban Historian, has been delivering short courses in history and family history along with  Heritage Walks in Paisley for many years. He graduated from the University of Glasgow with a degree in History, and went on to complete a Masters in Multimedia from the then University of Paisley.    Stephen has worked as an archaeologist on many archaeological digs in Paisley, Renfrewshire and beyond, and has taught local history, archaeology and family history at the University of the West of Scotland and the University of Dundee.
Stephen is a former chair of Paisley Thread Mill Museum,  and a member of the Renfrewshire Local History Forum. In addition to this the Urban Historian has also advised the Renfrewshire Tapestry Group on historical aspects of the old County of Renfrew along with other historical projects for Renfrewshire Council.
Stephen has recently been involved in the publication ‘ Conquered by No One:  People’s History of the Scots who made the Declaration of Arbroath in 1320’.   Stephen wrote a chapter on Walter Stewart, 6th Hugh Steward of Scotland, looking at his life and family history.  The book was published In October 2020. 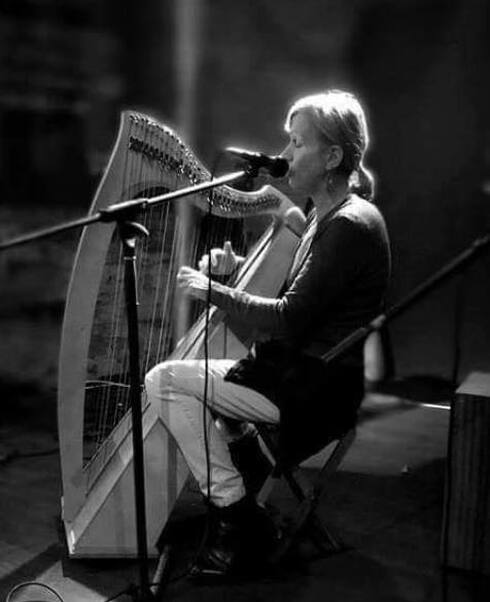 Pauline Vallance - the songs of Robert Tannahill (Tannahill Cottage Sun 26th Sept)
Pauline is a singer/songwriter and clarsach player from Ayrshire. I love to explore different styles and genres and write songs about subjects as diverse as the beauty of the Northumberland coastline to the disaster of dogs eating mobile phones!
A 'typical' gig, if there is such a thing, will consist of a variety of my own songs, some folk songs, particularly songs by Burns and Tannahill and possibly some unexpected rock covers. During Lockdown, I have been experimenting with Songs to the Tune of Another - and I think they're here to stay! Find out more here music-during-lockdown.php
In usual circumstances, I am equally at home performing in small, intimate venues like Tannahill's Cottage or grand venues like Stirling Castle, at events like chillout lounges at festivals to celebrations in Glasgow Cathedral and riverboats in Australia. Meanwhile, I am keeping busy doing livestreams, posting videos and writing and recording songs. 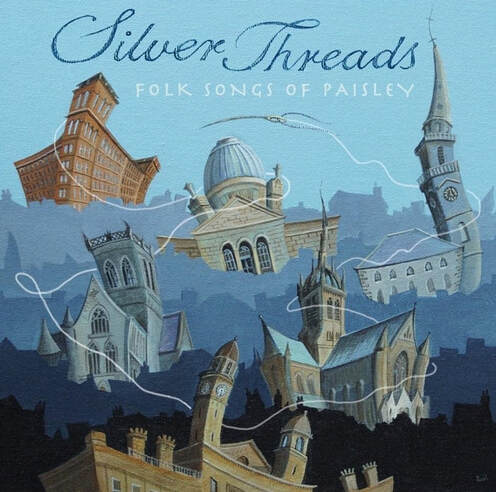 ​Silver Threads (Paisley Abbey Thurs 30th Sept)
'Silver Threads' is a unique collection of Folk songs from the historic weaving town of Paisley, covering its heritage,
culture, people and traditions. No collection like this currently exists, and considering the impact of Paisley’s weaving
industry on the world and its famous Paisley pattern, the project aims to create a body of work which will provide a
lasting record of the cultural and social history of the town for future generations.


This involves engagement with the local community to research and arrange traditional folk songs, stories and poems.
In addition new music will be composed exploring the above themes, traditional poetry will be set to music and the resulting material will be professionally recorded and performed live. A limited edition cd will be produced featuring
a specially commissioned illustration and an accompanying booklet and video telling the story of each song. 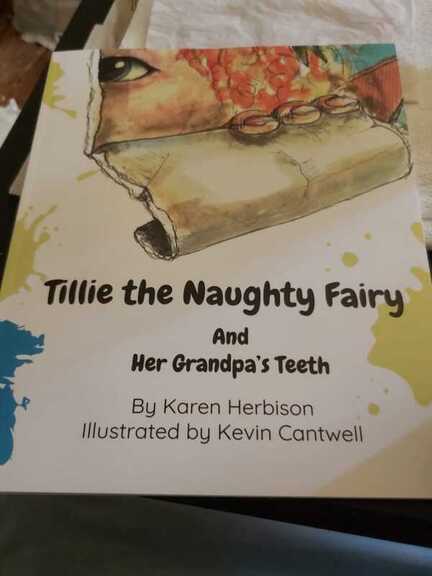 Join Tillie and her best friend Eddie the stinky elf, as they head out on a magical, interactive, adventure to help Grandpa.
In their quest to help, Tillie and Eddie get themselves into all sorts of magical mischief. Can they solve their problems and stay out of trouble?
They may need your help along the way to build this story adventure..


Specially developed to support dyslexic readers, Tillie's adventures are designed to inspire children, and their grown ups, to get involved and build their own creations. 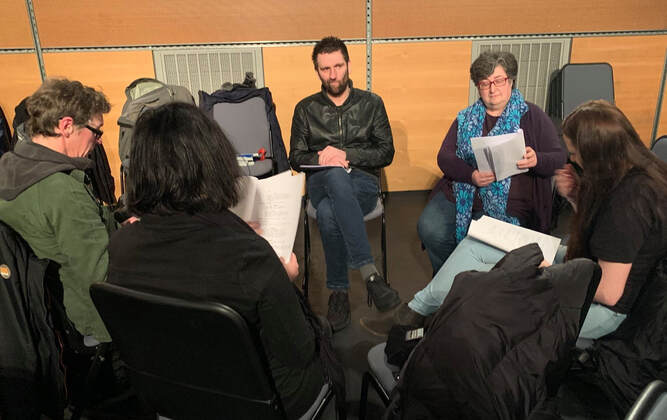 Script to Stage (St George's Church Sun 26th Sept)
WHO IS CURIOUS?
WHO LOVES PLAYS?
Script to Stage are here to help writers get their scripts to theatres... 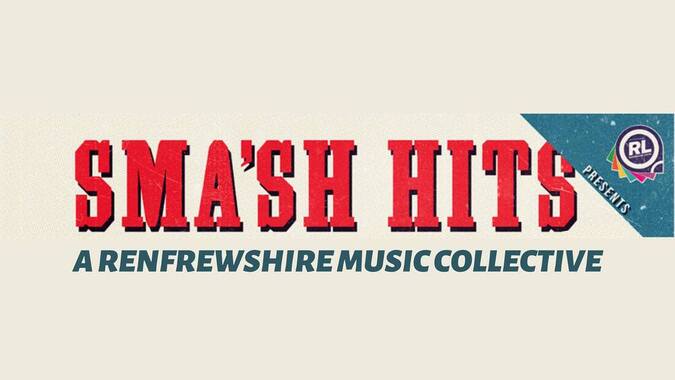 Sma'sh Hits (The Bungalow Mon 27th Sept)
Sma’sh Hits is a creative collective of musicians in and around Renfrewshire, aimed at providing an opportunity for creative people to come together : to meet : to connect : to discuss: to process ideas : to share knowledge and skills : to collaborate and realise creative ambitions. 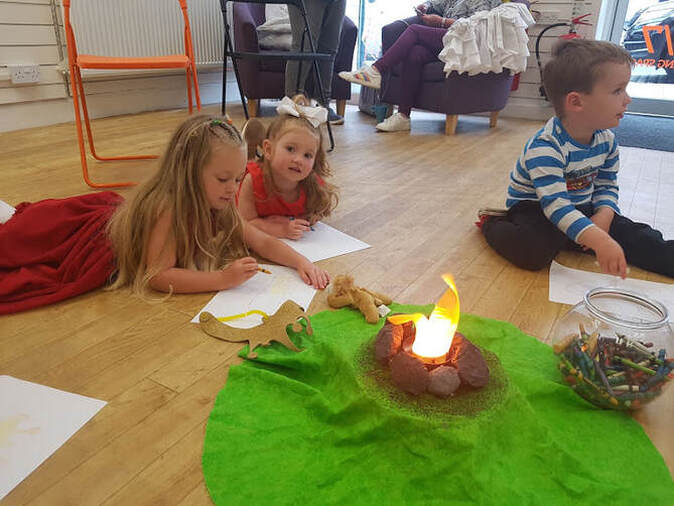 Campfire Storytelling Club (Starlight Studio Sat 22nd Sept)
Join us around our special indoor campfire for some traditional storytelling, sing-along songs and get creative and make your own stories!
Create some fantastic fables and terrific tales, with fabulous themes each month. The first month will be myths and magic, exploring the amazing world of mythical beasts and courageous characters.
Aimed for ages 3 – 5. But everyone’s invited. Grown ups are welcome to stay and join in with the fun, or chill out with a nice coffee. (We do ask that grown ups remain in the building during the session.) 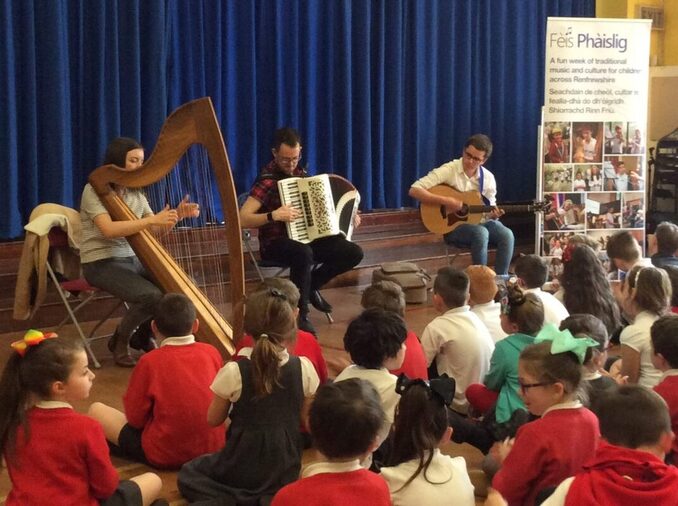 Fèis Phàislig
Fèis Phàislig is an arts organisation that provides opportunities in traditional music and Gaelic culture for young people across Renfrewshire. 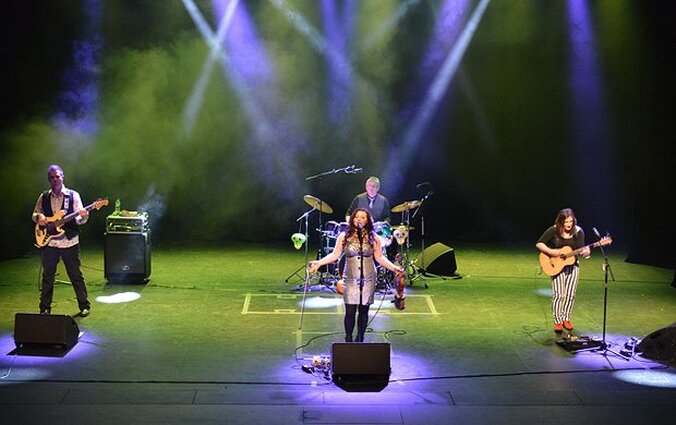