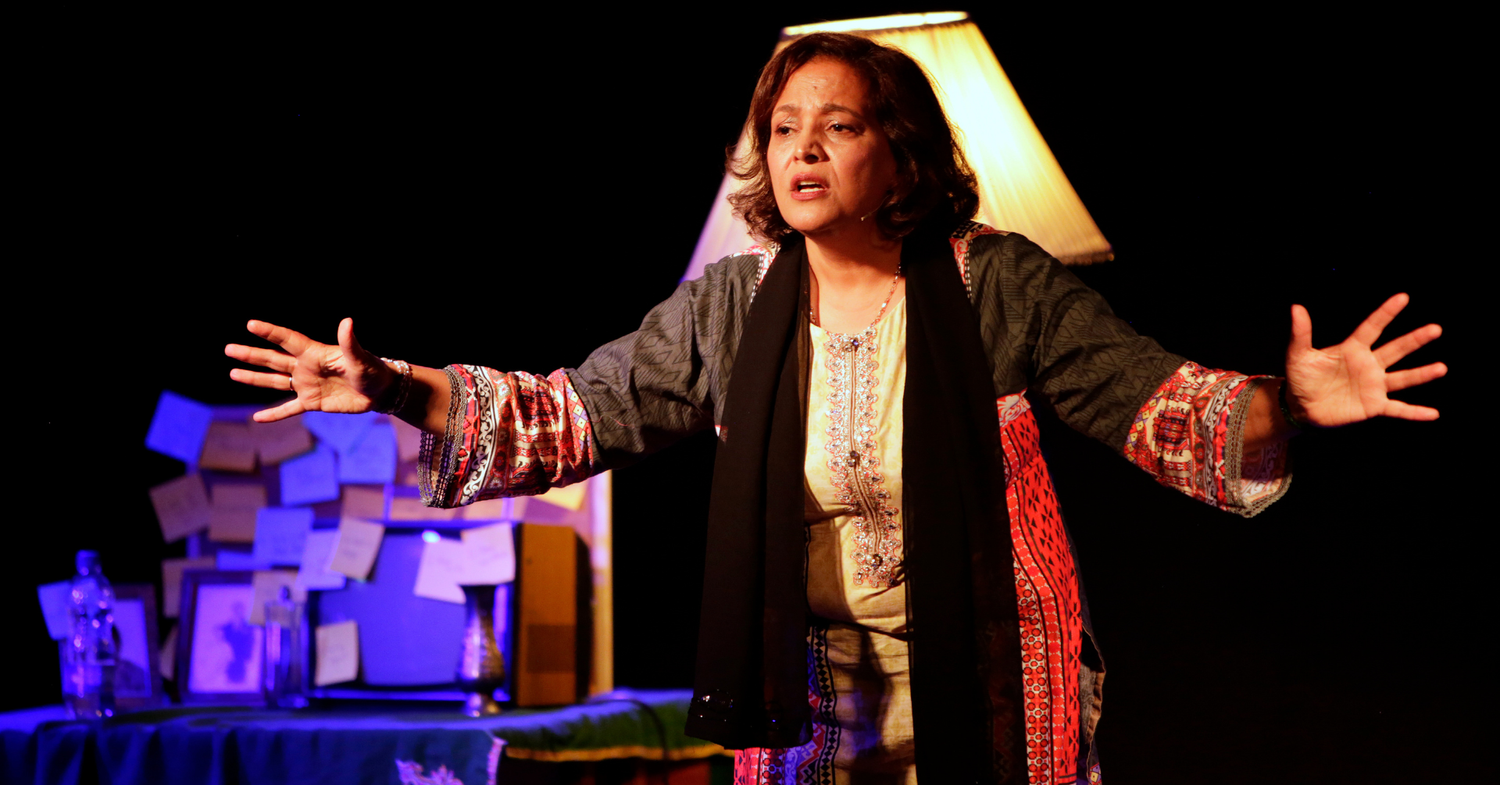 How did a middle class Pakistani family cope when arriving in cold and wet Scotland?

Like many migrants they used food to make friends but when no one had heard of a samosa, how can the barriers be broken down?

Just back from highly successful tour of Northumberland, Lubna wants to share her story with you. As heard on Radio 4 Loose ends with Clive Anderson. See her play all the characters from Brown Owl to the acting agent, in her own engaging style, in her first play.

Enjoy the music with Tickbox. 4 star review by the Scotsman

Karen Herbison, local Writer, Creative Facilitator, Actor, Director and Producer created these popular characters over 20 years ago. Since then she has written and they have been appearing in sketch shows, events, AGM’s, conferences, project entertainment, in their own play and even … at weddings! (we’ve no idea who would invite them!). The pair even feature on their own, popular greetings card, sharing poetry of uplifting thoughts and nostalgia.

Karen and Jon collaborated on this piece by (wait for it) getting dressed as the cheeky pair and being driven around Renfrewshire while natterin’ away in character. Jessie/Karen couldn’t actually get a word in as Mary/Jon was on a hilarious roll of outrageous observations! Using recordings of their in-character chat, Karen then transcribed and tweaked the script. A true collaboration between the pair of local, talented creatives who have Jessie and Mary’s blood running through their veins.

Both locals and tourists alike will delight in this non-stop, funny piece whilst (believe it or not) learning a wee bit about the locale. There may even be a sing-along.